There are multi reasons that the new Digital Place-based Advertising Association [1] members are expected to benefit from becoming one of the nine Thought Leader Sponsors of the Association of National Advertisers [2] under a recently concluded agreement as announced last week [3] – and vice versa for the ANA’s 18,000 members. 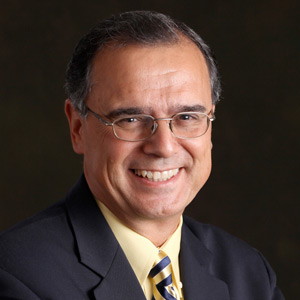 Not the least of these is building awareness of the DPAA’s tools and many of the America’s top digital place-based members and their offerings among ANA members who may be looking to explore, enter and expand their marketing opportunities using the growing DOOH industry’s products and developments.

The Thought Leadership Partnership is a great opportunity for DPAA and its members to tell their compelling story to marketers directly by engaging with them on a regular basis through the many platforms offered by ANA. Both organizations will be able to attend each others’ activities and conferences at discounted prices. And DPAA members will have specific discounted opportunities to advertise in ANA media.

“The agreement came about after Bob Liodice, president and CEO of the ANA, and I had breakfast together one morning and started discussing opportunities,” says Susan Danaher, DPAA president. “The chance for our members to be able to access the ANA’s huge database of case histories was only one aspect of a huge bank of benefits that we saw and of which we are now able to take advantage.”

As aforementioned, tickets to ANA National conferences, at a discount to DPAA members;

“This is such a high value package for our members. Just the fact that they can feed case histories into the Marketing Knowledge Center is what got me most excited,” says Danaher. “We understand that ANA members are hungry for leaning content. We’ll work with ANA’s research people to meet their standardized requirements.”

Danaher says that she believes that this agreement allowing DPAA members to reach the 18,000 ANA members should also help attract more DOOH companies to become members of the DPAA. Current membership is about 34, with two new members expected to be announced by March.

“We’re hoping that this opportunity to get in front of the people who hold the purse strings will give even more value to being a DPAA member and will get people who may have been on the fence to finally join,” says Danaher. “This should be an impetus for non-members to take a look.”