Randal (Randy) Lemke, Ph.D., executive director and CEO of InfoComm International since 2000, will retire at the end of 2012, capping off 16 years of service to the commercial audiovisual association. 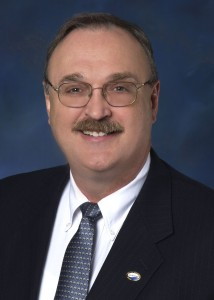 Dr. Lemke holds board positions, and has been the chairman of Integrated Systems Events LLC, a joint venture European trade show company, and InfoComm Asia PTE Ltd., a joint venture company in Singapore operating InfoComm’s Asian tradeshows. He is the founding and current chairman of the STEP Foundation, a jointly supported foundation composed with other industry associations to bring sustainability to the process of planning, designing, integrating and operating technology systems and reduce long-term environmental impact from technology deployment. He has also served as chief executive of ICIF, InfoComm’s charitable foundation.

The InfoComm International Board of Directors has announced that an extensive search for Dr. Lemke’s successor will be undertaken, with the selection anticipated by the fourth quarter of this year.

Jim Ford, chairman of the leadership development committee and past president of the Board, says, “InfoComm International has enjoyed tremendous growth under Randy’s leadership, quadrupling revenue and expanding our tradeshow presence to 10 shows worldwide. His leadership has taken us from being primarily a dealer trade association, to a global industry association for the entire AV value chain.“

Dr. Lemke joined InfoComm International in 1996 as vice-president of education, at which time he supervised the development and delivery of the association’s seminars, workshops, advanced schools, international education and certification programs. In 1997, he pioneered InfoComm Academy Online, an Internet-based training system for the AV industry, which currently has 3,000 students enrolled daily.

The search committee for the new executive director will be headed by Tony Warner, Board president-elect, who says, “Our search will focus on a visionary leader who will maintain the strength and culture of the Association, while furthering our international presence and continuing to raise the profile of our industry. We will retain an executive search firm by the end of the first quarter of 2012 to conduct an extensive search, and we are confident we will be able to identify the best candidates to meet these requirements. At a later time an announcement will be made calling for any potential candidates to submit their materials to the search firm.”

Candidate requirements will be announced in the second quarter of 2012.

This entry was posted on Friday, January 20th, 2012 at 08:00 @375 and is filed under Scuttlebut. You can follow any responses to this entry through the RSS 2.0 feed. You can leave a response, or trackback from your own site.