We’ve had legal spats with more CFOs than you can possibly imagine (as a ‘breed’ they seem to be particularly litigious) so we wanted to check this post out with our in-house legal team (well okay the mighty Phil Austin lets us borrow his) before bringing you news that Rick P. Engels has joined Eden Prairie, Minnesota-based WAND Corporation, a provider of Point-of-Sale and Digital Menu Board solutions for QSR and Fast-Casual Restaurants, as vice-president of business development. 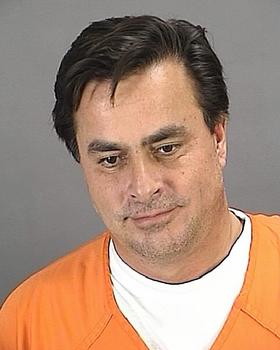 In a move that we can only describe as a bit like giving the keys of the asylum to the inmates he has been given responsibility for managing WAND’s sales, account management, and creative services teams.

In November 2005 Engels joined Petters Group Worldwide before moving onto BroadSign in May 2007 with a ringing endorsement from a man who is now serving 50 years in prison for fraud “Rick Engels has a wealth of knowledge and experience in bringing success to a variety of companies ranging from small private start-ups to large public corporations” said Tom Petters (then chairman and CEO of Petters Group Worldwide and primary shareholder of BroadSign) in July of the same year.

During Engels’ short tenure at BroadSign (at the beginning of February 2009 we wrote ‘Goodbye Mr Engels‘) he prepped them for an IPO, over-expanded, oversold and by all accounts made a bid for John Ryan for a mighty USD 80 Million (now that would have been a great investment wouldn’t it?) before it all came tumbling down when the PRIMARY shareholder (none other of course, than) Petters Group Worldwide was investigated for what in the end turned out to be a USD 3.65 billion Ponzi scheme.

After BroadSign, Engels went to work for a hedge fund that had invested in a company that had three different businesses. One of these was a deployment company renamed TechniqueUSA which Engels and partner Matthew Weldon (now general manager of digital media at Multiband Corporation) purchased and then sold at the end of 2011.

Dave Perrill, CFO of WAND was quoted as saying “The opportunity to add Rick to our team was something we couldn’t pass up,”

He continued “His consistent record of guiding organizations to success is well known. In addition, his thought leadership in Digital Signage and expertise in developing measurement systems will directly benefit our customers and, as a result, WAND.”

WAND was founded by John Perrill Sr. in 1982 and was named for its first product: a remote entry device that restaurant staff considered a ‘Magic Wand’. It was a simple hand-held computer that transmitted orders taken from a restaurant dining room to the kitchen.

In our considered opinion there is only one reason why Engels has been recruited by the nowinPeril family and that’s cos’ WAND is now up for sale. Engel’s is no ‘builder’ – he was brought into BroadSign to IPO them – perhaps P. Rick will want to go back and acquire John Ryan, after all he could probably buy them for USD 25 Million now.

This entry was posted on Friday, January 20th, 2012 at 00:18 @054 and is filed under DailyDOOH Update. You can follow any responses to this entry through the RSS 2.0 feed. You can leave a response, or trackback from your own site.