It’s fun to see technology being used to encourage creativity in kids, and that’s what Sunnyvale, California-based SK Planet, a wholly owned subsidiary of Korea-based SK Telecom is doing with Play-Doll For Kids, a family-friendly app that enables children to pick and create characters that can be shared with family and friends through Facebook, Twitter and e-mail. 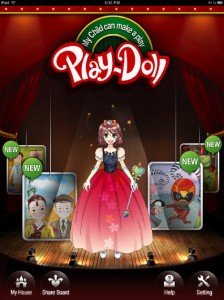 The free app, which is available for Android and iOS, has more than 50 dolls, including a princess, a dinosaur and a vampire that users can personalize to create an adventure like no other.

Play-Doll is designed to enable children to use their imagination to create their perfect story. To start, users can scroll through the variety of characters they may want in their story. Story creators can do complete costume changes with the characters, including clothing, hairstyles and accessories such as shoes and bags.

Play-Doll has educational value as it exposes children to characters of all cultures, shapes and sizes. A recent Nielsen survey shows that the iPad was the most desired product during the holiday season, with smartphones and the iPod Touch not far behind, among children ages six to 12. Using these, Play-Doll encourages children to think outside of the box, interact and create a story they can share. 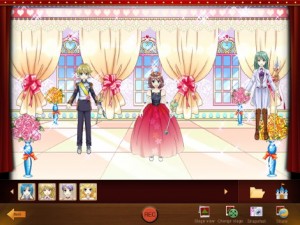 Once characters are selected and customized, users then pick the setting of their story, such as a party or in the jungle. Children are able to make their stories come to life by recording and applying their voices to the characters and by moving characters on the Play-Doll set. Play-Doll also enables users to record their story to share with family and friends through Play-Doll’s Share Board.

Play-Doll is a free Android and iOS app available at the Apple App Store and the Android Market.

SK Planet was established in October 1, 2011 with the goal of becoming a global platform innovator.

This entry was posted on Monday, January 23rd, 2012 at 14:30 @645 and is filed under Scuttlebut. You can follow any responses to this entry through the RSS 2.0 feed. You can leave a response, or trackback from your own site.