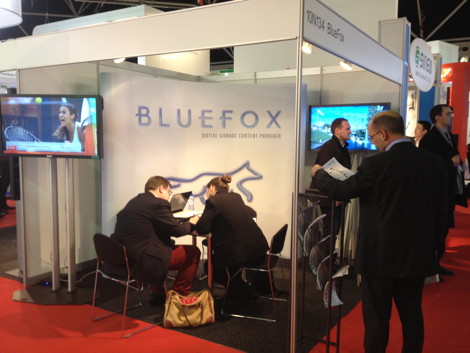 His stand was busy, located centrally in Hall 10. Bluefox were also a sponsor of the #AOpenForum on Monday (that’s right another OVAB Europe member that did not participate in the was-it-really-an-official-OVAB-event-or-not #DiSCO12)

Guillaume also told us, that despite what we think (and you know that if we ‘think’ it, we say it – see our post ‘I Hang Around With Fat People‘ here) his team has had terrific interest in the BlueFox / SpinetiX tie-up.

This entry was posted on Wednesday, February 1st, 2012 at 18:52 @828 and is filed under Scuttlebut. You can follow any responses to this entry through the RSS 2.0 feed. You can leave a response, or trackback from your own site.