After we learned that Brian Moore, former TargetCast CEO, and John Kaminski, former installation and support manager, had both left DigiCast Networks [1], the digital division of Brite Media Group [2], we chatted with Chris Lanman, senior vice-president, who brought us up to date on what is really happening at the San Francisco-based company. 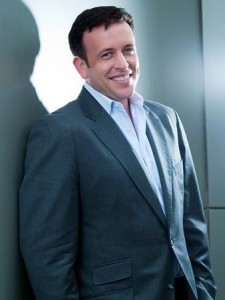 [3]“We have 25 full-time people in a fast-growing DigiCast [4] division, and we are hiring for both sales and operations,” says Lanman (who invites people to send in their resumes). “In fact, due to company growth, we are moving into a larger office space in the coming months.

“We have a big team and departures are either planned or part of normal attrition. Each person has many unique reasons for not being part of our team. Both Brian and John were part of the team that successfully transitioned the business into Brite Media Group and I appreciate their efforts.”

Lanman, who was brought into Brite Media Group last March to build a digital division, says, “Since Brite Media acquired certain assets from TargetCast, we have not only significantly enhanced the existing digital networks but have added new, very exciting digital media assets to the division.

“Over the last few months, we have done a great job consolidating TargetCast into our SF office. We have invested significant time and energy into system improvements and maintenance, and the networks are now functioning at a level where we are satisfied to commence rolling out ‘DigiCast’ systems. At the same time, we have introduced next generation hardware into the field that works with the latest HD video systems being installed into venues.”

Up until buying TargetCast, Brite’s product line was mainly in specialty out-of-home media, for example, producing ads on static signage and printed cup sleeves in 7,000 coffee shops. (It has produced ads on 250 million coffee cup sleeves.) Now, with DigiCast up and running, it’s also full speed ahead on the digital side.

“We have been embarking on a very exciting new digital media roll out: the Gas Station Radio Network – a nationwide network of gas stations playing our proprietary content and delivering our customers’ ads,” says Lanman. “Since October, we have installed 675 gas stations with our systems and speakers including in the top 10 DMAs.(Brite Media has 8,000 gas stations under exclusive contract for static pump top signs.)

“We have created a relevant digitally delivered advertising medium for brands to reach their desired audiences that is effective (loud and clear) and targeted (down to the individual gas station level).”

With its Gas Station Radio Network, DigiCast is in competition with Gas Station TV [5] and Outcast [6] for venues, but that doesn’t seem to bother Lanman. He says that there are 180,000 gas stations in the U.S., including many independents, which is DigiCast’s current focus.

On the digital side, in addition to the Gas Station Radio Network, it has (from TargetCast) broadcast TV screens in approximately 500 restaurants in such outlets as Applebee’s, Outback, Chilis, and T.G.I. Friday’s. And it is adding digital signage in some of the coffee shops.

“We refuse to ‘over-promise’ on how big our digital networks will end up, but Brite clearly has a long history of successfully working with networks much larger than most digital out-of-home businesses,” says Lanman. “Brite is dedicating substantial time and resources to making DigiCast Networks the leader in digital placed-based media. We sell the advertising, and we do some of the content (with production handled externally) while other content is provided by the venues”.

So, while Brite’s DigiCast has lost two executives, the company is claiming to be well on the road to becoming a solid DOOH player.