After a lengthy and thorough search, Industry Weapon, a technology developer for devices such as digital signage, mobile devices and IP telephony, announced last week that they have hired international award-winning marcom writer Ethan Jameson. 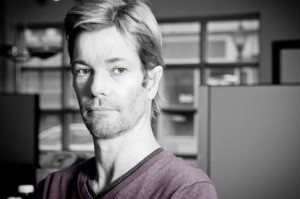 Jameson, an opinionated South African national joins Industry Weapon with over a decade’s copywriting and branding experience at some of the world’s top creative ad agencies. He began his writing career at TBWA\Hunt\Lascaris – ranked the ‘World’s 10th Most Creative Agency’ by AdAge in the year he joined – in South Africa.

Jameson has also served on the judging panels of both the Summit International Awards and the Spokane Advertising Federation.

Over and above writing marketing communication materials for Industry Weapon, Jameson will also be spearheading the company’s PR and social media initiatives.

This entry was posted on Saturday, February 11th, 2012 at 10:08 @463 and is filed under Scuttlebut. You can follow any responses to this entry through the RSS 2.0 feed. You can leave a response, or trackback from your own site.