We have to admit that until recently we’d never heard of the Perimeter Institute for Theoretical Physics in Waterloo, Ont., Canada, let alone its recently opened Stephen Hawking Centre, but we can’t help but picture Big Bang Theory’s Sheldon et al peppering its halls. 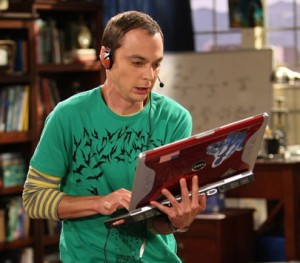 So we wonder what Sheldon, Leonard and friends would think of the world-class technology where 84 Christie MicroTiles are visually communicating a range of scientific research, training and outreach messages for a variety of audiences – including some of the world’s brightest minds.

In 2008, Hawking, world-renowned theoretical physicist and cosmologist, himself spent several weeks visiting and working in the position of Distinguished Research Chair at the Institute which named the new wing after him.

Located in the lobby, itself a mix of angles and multiple perspectives, the Christie MicroTiles array is assembled as an irregular hexagon, creating a dynamic media wall to welcome and inform all visitors.

“The video wall’s shape is arranged in a ‘V’ with a narrow base of three MicroTiles wide and works its way up to eight wide at the top of the array,” says Randy Pagnan, president, RP Visual Dsplay. “Any MicroTiles array greater than five tiles high benefit greatly from a consolidated back frame, which is what RPV constructed; our adjustability and capability to align each MicroTile guarantees the tight seams of the video wall. MicroTiles allow the flexibility to provide that ‘architectural’ look Perimeter was seeking to achieve.”

“The wall’s design is a fusion of messaging, mission and architecture – and it all came together because of the Christie MicroTiles technology,” said John Matlock, director of external relations and public affairs at Perimeter Institute. “The flexibility of MicroTiles allowed for the whole space to come together in a very exciting way. The unique shape of the media wall – including a functioning passageway – is in line with the architect’s vision of the main entrance to Perimeter Institute.” (There is a door in the centre of the display that leads to the cafeteria kitchen.)

Matlock explained that Perimeter’s small in-house graphics and audiovisual team needed a visual display technology that would enable them to manipulate and update zones, backgrounds and the overall display with ease. With the use of vibrant color, the MicroTiles’ digital canvas enables the Institute’s graphic artist to create, import, and display high-resolution and highly detailed scientific animations to help share abstract concepts in theoretical physics. In addition, the MicroTiles display will also share daily news about the many research, training and outreach activities taking place throughout the facility.

“In the past we had plasma displays to impart basic information – times, dates, names,” says Matlock. “However, in expanding the research center, the Christie MicroTiles’ high-resolution capabilities, color and clarity really took us to that next level where we could bring information to life in all new ways, including the display of highly detailed scientific images and computer-generated animations.”

Matlock says that many different communities – researchers, trainees, students, teachers, members of the public and even our many stakeholders – pass by and speak in overwhelmingly positive tones about the media wall.

“The Christie MicroTiles provide a ‘wow’ factor when we share information about Perimeter’s purposes and other messaging,” he says. “I think we are in an ideal position with Christie MicroTiles to keep the communications as fresh, impactful and awe-inspiring as the Stephen Hawking Centre itself.”

We think Sheldon would feel right at home.

This entry was posted on Thursday, February 16th, 2012 at 07:42 @362 and is filed under DailyDOOH Update. You can follow any responses to this entry through the RSS 2.0 feed. You can leave a response, or trackback from your own site.