Titan of course currently operates and maintains 400+ digital screens in New York, New Jersey, Chicago, Philadelphia and Toronto with plans so we are told to expand their digital inventory in these and other cities they service. 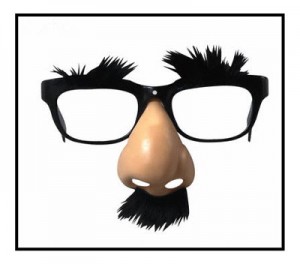 CoolSign is their main digital signage software vendor at present and some of you with a long memory may remember that it was chosen (in some controversy) in an RFI/RFP process conducted back in 2008 by (then Titan CTO) Lou Giacalone who soon after jumped ship to (you guessed it) CoolSign.

Perhaps the powers to be read our post ‘CoolSign Dead And Buried‘ and took notice or more likely it’s as they say in a recent email to two dozen software vendors, we quote “Since 2008, many substantial technological advances have occurred in the digital signage industry. Some suppliers, who may have not been in contention in 2008, may have greatly improved their product and may have, in fact, surpassed the technology currently employed by Titan”.

If Titan had a sense of humour they would have retained TargetPath to help choose the software four years later as well BUT alas it is only us who has the wicked sense of humour!

Anyway, bottom line Titan is issuing it’s own Request for Information (RFI), we quote “in order to get a better understanding of the current state of digital signage software”.

The emails that we saw all pointed out that Titan were “not dissatisfied with the current level of support with its current vendor” but it’s hard for us to see how Haivision going forward can meet the needs of a disparate, innovative, aggressive Digital Out of Home network such as Titan.

Rumour is that Titan’s digital team will be attending #dse2012 next week. If that’s true they could be well and truly collared. Our advice to them is to print out the disguise above, not wear name badges and wear said disguise at all times!

This entry was posted on Thursday, March 1st, 2012 at 03:28 @186 and is filed under DailyDOOH Update. You can follow any responses to this entry through the RSS 2.0 feed. You can leave a response, or trackback from your own site.