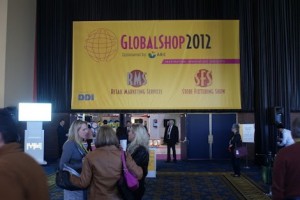 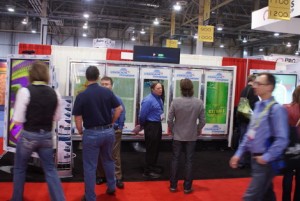 STRATACACHE not only had their own stand but were also demonstrating their technology with RockTenn (with whom they announced a strategic partnership during the show [3]). STRATACACHE had shipped in a row of five commercial refrigerators equipped with their PrimaSee technology [4]and these seemed to attract a lot of attention – playing with them up close is really cool (forgive the pun). 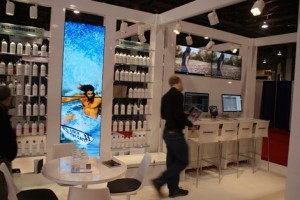 In the guise of Activate The Space [6], ~Sedna were there with a really good stand.

It was nice to catch up with Lighting up the Aisle author [7], Adrian Weidmann who was on great form on the Activate The Space stand (a nice touch was signed copies of the book for visitors).

And of course, as we have previously mentioned, there were five music providers selling their wares [8]. 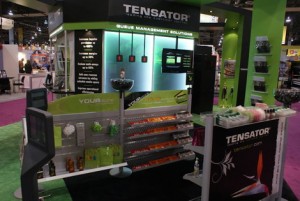 Anyone thinking of exhibiting needs to up their game in terms of what their stand looks like. The best stand by far from our perspective was that of UK company Tensator Ltd. [10] who are doing a great job at the moment with queue management solutions (regular readers will know them because of their ‘virtual mannequin’ work highlighted here [11] with MediaZest at various regional UK airports. 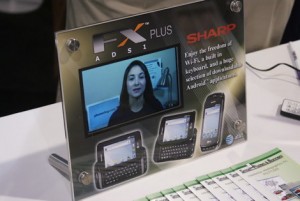 We never walk away from an event like this without being amazed and inspired and we always learn something. Speaking of which one small business we really liked was Clifton, New Jersey based Mediagraphics [13]. Ostensibly a full service Large Format Printer they have developed a unique product line of ‘Smart Posters’ and ‘Smart Banners’ (shown above right here).