We finally had a chance to meet some of the people from Four Winds Interactive during #dse2012 not because of what they were showing – although it was interesting – but mainly because we’ve had so many news stories from others who had successfully partnered with the company in their endeavors that we sought them out to find out more about the Denver-based company. 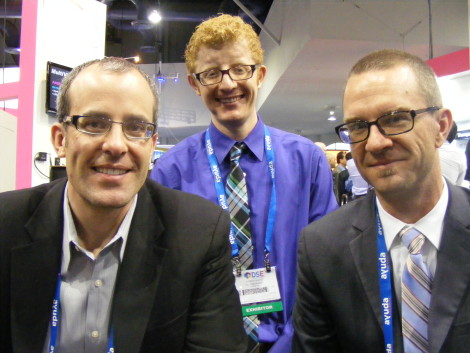 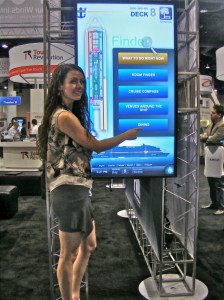 Four Winds Interactive is a private company launched six years ago, originally in the interactive kiosk sector, then moving into LED touch technology and now developing further into mobile technology, as well. The company does its own R&D, develops its own software, and has doubled its employees to 200 over the past two years.

“Most of our growth has been organic,” said Miller. “We do what our clients ask for. And these days have extended from digital screens into the mobile sector.”

Recently one of the company’s focuses has been on developing wayfinding and other content for the hospitality sector’s cruise lines and hotels.

While the company has been operating in North America, it is now beginning to get projects in Europe and Asia.

A nice group of people about whom we expect to hear more in the future!

We have a number of customers using Four Winds and they love the people there. I was able to get a tour of their software capabilities as well at DSE and came away impressed with what they have done and the people.

For all the companies trying to realize the predicted potential of the industry, its good to see a company succeeding by just being committed to quality and serving their customers well.