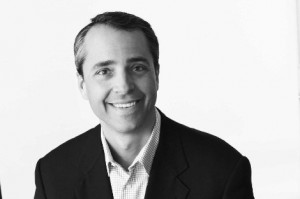 This new position serves to underline Clear Channel’s commitment to working closely with key advertising and marketing partners to create and deliver unique, effective opportunities on both the national and local levels across Clear Channel’s array of digital platforms.

Clear Channel is already one of the most popular digital music destinations, with more than 90 million digital listening hours a month from its 40 million unique web visitors across 850 digital sites nationwide; 60 million downloads of iHeartRadio mobile apps; and more than 15 million Facebook fans across its station and radio personality Facebook pages.

“Tim is recognized for his innovation and tactical expertise,” says Hogan. “His understanding of advertisers’ needs and objectives will help them take even greater advantage of our unmatched resources. No other media company comes close to Clear Channel’s reach, scale and promotional power and as the advertising market continues to expand we need someone who will capitalize on our company’s incredible digital assets and create unique ways for advertisers to connect to their key audiences.

“Tim’s extensive and diverse experience with digital media and his credibility within the industry are perfect for leading and elevating these key initiatives.”

Castelli has more than 20 years of experience in building advertising solutions for major U.S. clients and previously served as senior vice- president of sales for AOL’s Eastern U.S. Region where he oversaw sales, account management and marketing in New York, Boston, Atlanta and across the eastern seaboard. Prior to AOL, Castelli led advertising and partnership activities for technology, wireless and consumer electronic partners as the technology industry director for Google. He also held the role of the company’s East Coast Managing Director overseeing the Eastern Region search and display advertising sales teams. Before Google, Tim was the publisher of Rolling Stone magazine, overseeing its advertising strategy, revenue generation and integrated media program development., and Tim also spent 13 years at Ziff Davis Media in various management positions, including Senior Vice President of the Consumer Technology Group and Publisher of PC Magazine.

This entry was posted on Thursday, March 15th, 2012 at 09:59 @457 and is filed under Scuttlebut. You can follow any responses to this entry through the RSS 2.0 feed. You can leave a response, or trackback from your own site.