Videro GmbH [1] believes that it is well known in Europe for its software behind such operations as the German Rock and Pop Museum [2], the Mercedes-Benz Museum [3] and Porsche Museum [4], and the digital signage of German retail and banking leaders such as Engbers [5], Famila and Sparkasse KolnBonn [6]. 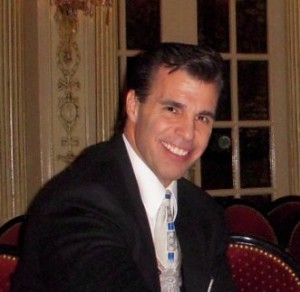 However, while it moved into the U.S. back in 2010, it has been relatively quiet here, although if you are familiar with Disney Store [8]s and their digital theatrical experiences, let it be known that Videro Inc. and channel partner Edwards Technologies Inc. [9] is behind them.

However, we believe that we’re going to be hearing and seeing a lot more of this company in the near future. We interviewed Brian Hughes, who joined the company in February as vice-president sales, to tell us more about the company, its offerings and its plans for the future. Hughes has been in the digital out-of-home business for nine years, including several years as channel manager for CoolSign [10] (bought by Haivision) and more recently as vice-president sales and business development for Creative Realities Inc. [11].

Hughes’ main job these days is to recruit ‘channel; partners’ (ie. vendors) in the U.S. and Canada for Videro. The company has already added Diversified Media Group [12] and CRI, as well as a couple of smaller partners in North Carolina and in Los Angeles. These are in addition to existing partner Edwards Technologies whose Brian Edwards, president and CEO, who has long worked with Disney. 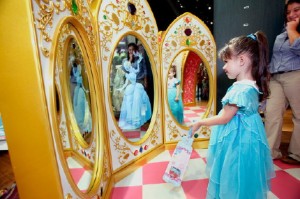 [13]If we look at the Disney Stores, we can get some idea of what this means. Disney offers a full pre-choreographed experience that incorporates not only digital signage but also lighting, music, scent and screen content. In the storybook area, for example, when a story in being read, along with scenes on the screens, suitable background music sets the mood while the setting smells like being in the woods. If it is known that it’s a child’s birthday, all signage in the store welcomes him/her. Tinkerbell may fly from the ceiling. If a child comes to the ‘magic mirror’ (incorporating an RFID chip) with a wand or crown, a Disney character appears and interacts. Tree décor changes with the seasons. And there’s much more.

I only met Brian at DSE recently in Las Vegas but I can say that he will be a valuable asset to my friends at Videro.

However, I won’t give away his age but the old guy clearly did not have enough paper rounds in his youth…..it’s always nice to come across someone in this industry that makes me feel young again!

I have worked with Brian for years. Starting back when he was at Coolsign and as a co-worker at CRI.. He is a honest person regardless of which side of the deal he is on. I wish him and Videro the best of luck. The software is definitely worth looking at.

While I also won’t reveal his age he is up there but can also bench press a car which is why I will keep that a secret.