Ido Azriel, a Product Manager at PrimeSense, asked over on our LinkedIn ‘Digital Out of Home‘ group earlier this week “What are the major digital signage shows around the world? Anything beyond DSE and ISE? What about other geographies?” 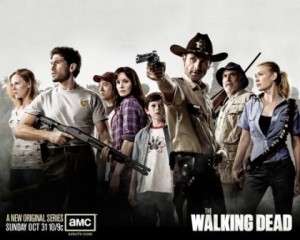 [1]It’s a common question we get asked as marketing managers look how to best spend their marketing budget.

The more the question gets asked, the better able we are to refine our answer, bottom line it’s getting simpler to answer as shows demonstrate their true colours and those that vendors and attendees alike have given just-one-more-chance mess up one more time and get scrubbed from future marketing and travel plans.

The other trend that we have gone on and on about over the last 18 months is (a) the rise in importance of the smaller geographical event and (b) the emergence of closed super user group vendor type conferences (with small shows attached) – witness AOpen Europe getting 150 people together [2] for a day before #ISE2012 (and an earlier event of theirs in late 2011) and Scala getting a similar number of people together for both their European and North American user conferences.

The smaller geographical events are attracting 100 – 150 people in places such as Warsaw, Moscow or Munich and usually put together in conjunction with an industry association and a sponsor (Warsaw for example [3] is the Polish Digital Signage Association with the help of NEC, Moscow with DigiSky [4] etc.).

Those interested specifically in the German market will miss out big time if they do not consider exhibiting at VISCOM as well (this year it’s VISCOM Frankfurt and being held 25th to 27th October 2012).

For those specifically in the DOOH world then, FEPE’s Annual Congress is, as we have described many times before, the ‘Davos of the OOH world’ and an event that one should attend and exhibit and speak at more so than any other event that we have listed here.

But what then to make of #CETW and InfoComm’s annual attempt at a Digital Signage Zone?

Last week it was reported that CETW [5] was giving up on San Francisco (after a two year stint in that fair city) and returning to Lost Wages. No date has yet been set but it’s definitely in May and likely towards the end of it. Like many analysts and several reporters we didn’t cover CETW this year (we did cover the same West Coast show in San Francisco in 2011). Many folks gave their own reasons for not attending – ours were simpler we think than most: –

As CETW moves towards whatever it wants to be, it moves further away from the digital signage industry and should no longer be on the radar screen of vendors wishing to spend their digital signage budgets.

If the Digital Screenmedia Association [6] still purports to represent any part of the digital signage community (and you know our thoughts on that [7]) then as an association it does its members no favours by continuing to support this particular show.

Mind you, as is often the way, the most important shows going forward might well be those that are on only a few people’s radar at the moment.

If you look ahead to 2013 we think that events such as GlobalShop (being held in Chicago in April [8]) and the ISA International Sign Expo 2013 [9] (set for April 3-6 at the Mandalay Bay Convention Center in Las Vegas) may well be important events that digital signage vendors could spend their exhibition dollars at.