What Did You Think About #mpdooh

The Media Post Digital Out-of-Home Forum‘s program held onto its audience in the afternoon – well just!

The audience, estimated between 75 and 100, certainly stayed on for the afternoon but our North American editor’s overall take on the event was that it was “not bad in the morning, not great in the afternoon and definitely NOT as good as last year”. 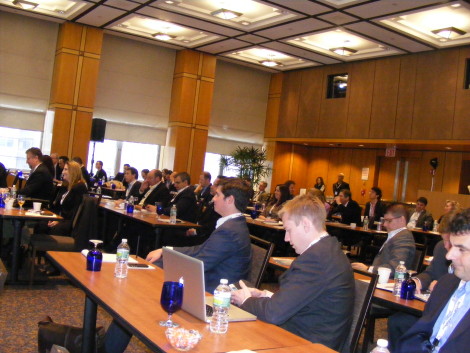 Actually, we figured as much in the lead up to the event; there was definitely no buzz generated by anyone involved and certainly we felt there was no real passion for the event from Mediapost itself.

Unless anyone else spotted anything we did not see one piece of editorial from Mediapost leading up to the event. For us to write anything (I think we managed three or four stories on speakers pre-event) it was like getting blood out of a stone from the organisers.

This entry was posted on Thursday, April 12th, 2012 at 17:55 @788 and is filed under DailyDOOH Update. You can follow any responses to this entry through the RSS 2.0 feed. You can leave a response, or trackback from your own site.