Josh Segal is the new face of Toronto-based Adapt Media in Quebec where he takes on the role of account representative to bridge the French connection at agencies in Montreal. 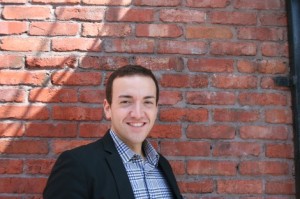 Adapt’s move comes after its recent signing with iSIGN Media to represent the Mac’s/Couche-Tard Network.

Jamie Thompson, Adapt president says, “We wanted to show our commitment and seriousness to our partners, and as Couche-Tard locations in Quebec are such an important part of the overall media solution, we felt this was the right time to expand.”

Segal comes to Adapt after several years experience in running his own out-of-home media company. His hire comes on the tail of Adapt’s recent appointment of the company’s new sales director, Laura Qusen, formerly of Family Communications, TC Media.

This entry was posted on Wednesday, April 25th, 2012 at 10:00 @458 and is filed under Scuttlebut. You can follow any responses to this entry through the RSS 2.0 feed. You can leave a response, or trackback from your own site.