The UK’s Life Channel Network has become Change4Life – at least for the month of January anyway! 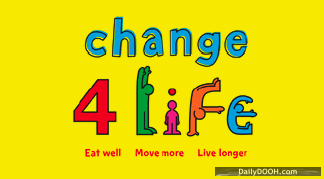 Aiming to help every family in England eat well, move more and live longer, Change4Life is a new movement supported by the UK’s Department of Health which primarily focuses on the issue of obesity in children AND in order to support this, for the whole month of January, The Life Channel will be
transforming its entire network branding in support.

This is obviously good publicity and clever marketing but also makes some sense – The Life Channel TV network’s mission is actually similar to Change4Life, that is, to help and inform the general public – key community, health and well-being messages are broadcast on The Life Channel’s screens, strategically placed in hotspots where people carry out their daily lives; including doctors’ surgeries, schools and other community outlets in the UK and overseas in South Africa and across Ireland. 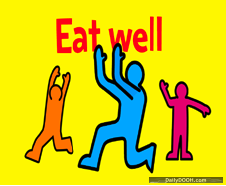 Phil Austin, Managing Director of The Life Channel told us on Friday “We are very proud to be involved in the launch of this great campaign. Change4Life underpins the programming strategy across The Life Channel’s networks and is therefore a fantastic fit. We hope that our TV channel, out in the community and with an audience of 5 million per month, will help ensure that parents and children get the message.”

This is a great start to the New Year from CAN Media (the owner’s of The Life Channel) and one of our tips for 2009, see ‘Ten Companies To Watch In 2009‘

This entry was posted on Friday, January 2nd, 2009 at 19:01 @834 and is filed under DailyDOOH Update. You can follow any responses to this entry through the RSS 2.0 feed. You can leave a response, or trackback from your own site.