Next stop for NEC Display Solutions’ ever popular NEC Showcase one day events is Atlanta on October 3, 2012 at The Westin Peachtree Plaza. 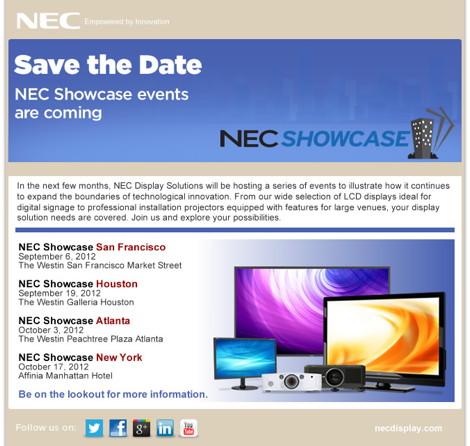 The full list of dates across North America is as follows: –

This entry was posted on Thursday, September 13th, 2012 at 11:39 @527 and is filed under Scuttlebut. You can follow any responses to this entry through the RSS 2.0 feed. You can leave a response, or trackback from your own site.