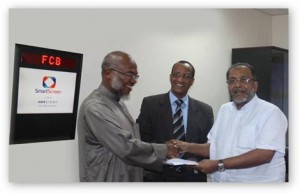 SmartScreen Limited last year announced a deal with Amscreen that saw them become the exclusive distributor of the UK’s largest nationwide digital media network owner’s innovative solutions across the Middle East and Africa.

Now, the UAE’s largest nationwide digital media network owner and operator is venturing into Africa through key partners in the region. SmartScreen, together with their exclusive distribution partner Screen Media Limited will work with Brand Builder Kenya, who have been appointed as the exclusive media sales agency.

This deal sees SmartScreen continue its expansion outside of the UAE, following the recent announcement of the growth of its forecourt network into Oman.

This entry was posted on Wednesday, August 1st, 2012 at 14:36 @650 and is filed under DailyDOOH Update. You can follow any responses to this entry through the RSS 2.0 feed. You can leave a response, or trackback from your own site.