We had a chat with Boian Spassov, founder and CEO of Locbit, last Friday who explained what Locbit is and how it works – and, in doing so, clarified for us a rather confusing press release headline claiming that the company has passed the 1 million ads mark. 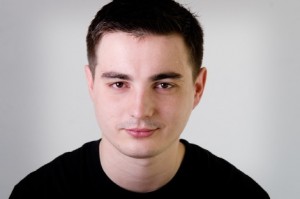 That’s the inventory of ads that could run on its hyperlocal digital screen ad network, serving place-based ads from direct campaign, online ad networks and daily deals providers on screens across multiple states. Through a combination of direct campaigns, ad networks and daily deal sites like Groupon, Locbit currently has over one million ads to draw from and auto-place onto hundreds of screens located in multiple states.

The San Diego-based startup has just signed up a soon-to-be-announced network of 300 national screens in the healthcare sector that will carry Locbit. These will be added to screens in cafes, fitness clubs and other locations, largely in the San Diego area but growing in the top 10 DMAs as well. Locbit also operates on a giant digital billboard at the San Diego/Tijuana international border crossing which is seen by over 130,000 people daily.

“We don’t own the screens that carry Locbits,” says Spassov. Rather, the company runs bursts of information of 140 characters (or less) paired with a QR code on screens which are scanned by people with a smart phone.

The message targeting people coming out of a fitness club might say, eg., ‘Hungry? Come in for a discount on Joe’s pizza.’ If the person scans the QR code, the information and the discount will be downloaded on the smartphone. Or it could be a message saying ‘The best place in your neighbourhood for piano lessons’ and a scan would give the information, perhaps with a deal for those who scan.

Locbit currently derives revenue from click-through advertising, and the screen owner gets paid for each actual scan. Businesses of
any size, or even individuals, can create ad campaigns at no cost through the self-service portal on the Locbit website and only pay if and when their ad is clicked/scanned. Locbit has built and deployed a proprietary algorithm that is scalable and customizable. The onus for making each 60-second placement most effective is on the company’s algorithm which determines the best location and time of day for displaying the most relevant information. This achieves the greatest level of interaction, click rates and ultimate effectiveness of an ad campaign or PR initiative. 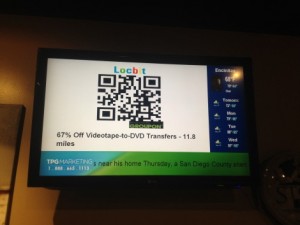 “We are helping the network owners that carry Locbits to monetize their screens,” says Spassov. “There’s a lot of unused space on screens, and this gives screen owners a little extra money while helping small firms to build business in their communities. 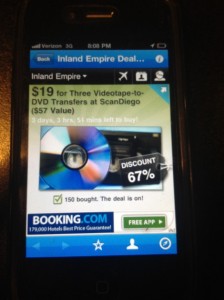 “Our fundamental goal is to improve the way people receive and interact with local information. As a society, we are no longer tied to PCs at home or work. There are digital, Internet-connected screens all around us in the community. We are walking around with devices — our mobile phones – that allow us to interact with these screens. Locbit brings intelligence to this clickable world. We have developed a unique system to present the exact information people need as they navigate the world.”

In an interesting aside, an advertiser that ran three different campaigns – one in Spanish and two in English – on the border billboard mentioned earlier had seven times more scans/clickthroughs from the Spanish.

Additional revenue sources for Locbit include deployment of Locbit’s interactive platform for private events and agencies, as well as licensing deals like a recent implementation for multiple PGA Tour tournaments. But Spassov says Locbit’s largest opportunity and focus is in the overall consumer market where business owners and ordinary citizens can experience a true transformation in the way they receive and engage with information. 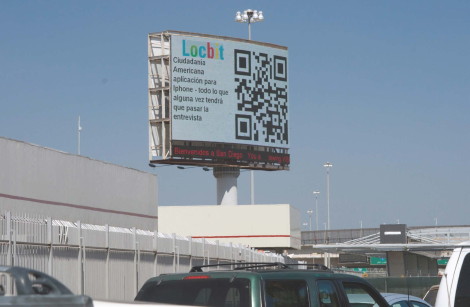 In Spanish at the border crossing

Locbit is funded by a Tech Coast Angel investor as well as Ansir Innovation Center.

This entry was posted on Friday, August 10th, 2012 at 10:00 @458 and is filed under DailyDOOH Update. You can follow any responses to this entry through the RSS 2.0 feed. You can leave a response, or trackback from your own site.