Adspace Digital Mall Networks have just got round to their own official announcement of the ‘Access 360 Mallvision asset acquisition’ (which we covered just over a week ago from the Access 360 Media / Access Sports Media perspective here). 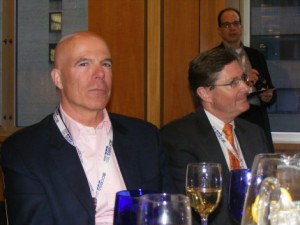 The announcement included news of an agreement with Simon Property Group that adds a nice 47 premier Simon Malls (and a few others) to the Adspace Digital Mall Network itself.

The deal increases Adspace’s mall count by nearly 50%, enabling the network to reach 48 million individual shoppers each month, raises gross impressions to 641 million per month, adds in the city of Phoenix to the top 12 market list and brings in two new malls in the influential Miami marketplace.

We note also that as part of the deal, Adspace will now represent 17 other malls including GSM Worldwide Media’s large format digital network in 11 Mills Properties, for a total of 64 new malls added to the network in total.

Dominick Porco, chairman and CEO, Adspace Networks told us “We are very excited to be working with Simon Property Group. We have long admired the quality, strength and depth of the Simon digital mall portfolio and are pleased to now be representing it”.

He continued “Adspace and Simon recognized the strategic benefit of combining networks to consolidate and create a singular digital offering to the advertising buying community that presents increased impressions delivered in a consistent format. The acceleration of our market penetration to 47 million upscale individuals every four weeks gives Adspace tremendous media scale. We dwarf every cable network in reach, and can deliver this desirable audience at less than half the CPM, so Adspace can be a terrific complement to a TV plan.”

Dominic Porco has for many years been a strong advocate of vertical markets – he told the audience at one of the #DSInvestor events a couple of years ago that he “felt it was the way the industry had to go” and what he and Dennis Roche have done here with the acquisition and niching of their businesses makes a lot of sense.

It’s no surprise that both have remained tight lipped on price, despite all of Adspace’s success we doubt they have the means to make big acquisitions which is a shame because Adspace would probably make a good home for some of the Eye Corp assets in North America which are for sale following the disposal by TEN of EYE Corp Pty Limited to Outdoor Media Operations Pty Limited.

This entry was posted on Tuesday, August 7th, 2012 at 08:42 @404 and is filed under DailyDOOH Update. You can follow any responses to this entry through the RSS 2.0 feed. You can leave a response, or trackback from your own site.