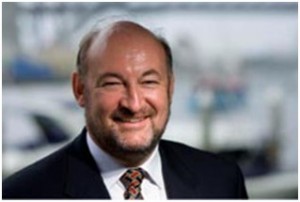 EnQii’s previous chairman was a representative of Ithmaar Bank, who were, up until September 2007 the only investor. Now that they have two more investors, namely Amadeus Capital Partners and Wellington Partners it would seem to make sense for them to have an independent non-exec chairman and here we see them bringing on board David Hearn, who brings with him a great wealth of experience.

David Hearn’s 30 years of media and marketing experience will undoubtedly add a different dimension to EnQii !!

Ajay Chowdhury, CEO of EnQii told us “David’s experience at the forefront of groundbreaking consumer marketing and media is timely and unparalleled. His track record of establishing world class market leading consumer offerings on a global basis will prove invaluable particularly as we enter a significant growth phase in new markets, while also concentrating on strategically enhancing our longer term integrated proposition distinct from other providers within our sector.”

David started his career in Procter and Gamble in the marketing function and rapidly moved to head up Del Monte Foods in the UK as CEO where he transferred the focus of the business away from the traditional vegetable sector and launched the first TetraPak fruit juices in the UK, becoming market leader within a year.

Transferring within the larger RJR/Nabisco group, David became CEO of the Smiths Snackfood Company, which was eventually purchased by Pepsico. He ran Pepsico’s entire food businesses in Europe and then headed up United Biscuits in Europe and Asia/Pacific.

He joined Goodman Fielder as CEO in Australia, which he ran for 7 years until 2001 during which time the business was transformed from a loose conglomerate to a focused consumer goods food business based mainly in Australasia but with operations in over 25 countries and turning over in excess of $4 billion.

David then moved to New York, firstly as Chairman and CEO of Bates Advertising and then as the Group CEO of the Cordiant Group, which at the time was the 5th largest global media and marketing services group with key global clients such as HSBC, Pfizer, Allied Domecq and Sky TV. Cordiant was subsequently sold to WPP where David worked for 6 months to aid the successful transition of the key client base.

David Hearn told us “This is an exciting time to join EnQii and I am looking forward to contributing my knowledge of the complexities of developing successful consumer and media propositions across different international platforms as the business continues to develop,”

He added “With their recent fund raising, EnQii is uniquely positioned within the industry to lead the rapidly consolidating global digital out of home services space, especially in these challenging times.”

This entry was posted on Monday, January 12th, 2009 at 00:01 @042 and is filed under Scuttlebut. You can follow any responses to this entry through the RSS 2.0 feed. You can leave a response, or trackback from your own site.