We probably wouldn’t have been aware of this had Nicole Hayes, communications director of the Outdoor Advertising Association of America not pointed us to an interesting article in the NationalJournalDaily that focuses on the heavy use of political groups and lobby shops buying digital screens to advertise. 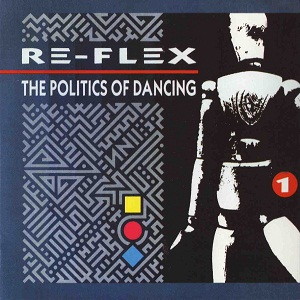 With the politerati currently in Tampa for the Republican National Convention and with the Democratic National Convention scheduled for Charlotte next week, Washington insiders and various advocacy groups looking to get their messages in front of thousands of influential eyeballs are turning to digital billboards.

A cable network and a North Carolina trade group are among the organizations putting messages on digital billboards in the host cities. According to the NationalJournalDaily, the North Carolina Association of Realtors bought a month of advertising on 10 digital billboards to target the policymakers and lawmakers flooding the state during the Democratic convention, imploring them to keep taxes, regulations, and fees on homeownership affordable. After the week-long convention wraps, the ads will change focus to the importance of homeownership to the consumer.

When President Barack Obama recently visited Orlando, Republican Mitt Romney’s campaign group rented digital billboards to feature small-business owners in Florida, telling Obama that they built their own companies – a not-so-subtle shot at the president’s now-infamous “You didn’t build that” remark. The ads made headlines across the state.

“The attraction (of the digital billboards) is the speed, geographic targeting, and the ability to generate buzz,” Ken Klein of the OAAA was quoted. “If you’re a political entity … generating buzz in the news cycle is of value, and, in some cases, it’s of premium value.”

Along with the speed, the article also pointed out that the digital boards cost a fraction of what TV ads would have cost. Stephen Freitas, the OAAA’s chief marketing officer, said that the cost per thousand impressions is about $6; comparable unit pricing for TV time can go as high as $20,

C-SPAN bought a digital billboard right off the highway between Tampa and the airport to advertise its convention coverage. A month of advertising cost $4,500.

“Digital has value because you can put it up quickly. It has a good look because they’re backlit and they have a lot of energy,” Marty Dominquez, C-SPAN’s marketing vice president, was also quoted.

In general, I’d say it looks like politics makes a good bedfellow for DOOH!

This entry was posted on Friday, August 31st, 2012 at 07:58 @374 and is filed under Scuttlebut. You can follow any responses to this entry through the RSS 2.0 feed. You can leave a response, or trackback from your own site.