If there’s anyone who knows about the advantages, pitfalls, pros and cons of managing a merger, it’s Ajay Chowdhury, CEO of ComQi, London, who was instrumental in the merger of EnQii – of which he was CEO – and Minicom Digital Signage in May, 2011. 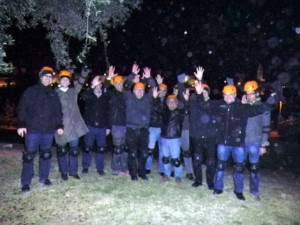 “Very few mergers work the way that people going into them think that they will,” says Chowdhury, who will be discussing what led up to ComQi’s successful formation at 9:15 a.m. on Day Two of the Digital Signage Investor Conference Oct. 17-18 in New York. “Only a small proportion go as expected; a few succeed differently than what was planned; and some are outright failures.”

Even the ComQi merger worked differently in some ways than expected, and Chowdhury won’t be reticent to go into both the positives and negatives the companies faced in coming together.

“I’ll be looking at the various tricks and ideas that evidence themselves during mergers,” says Chowdhury. “People must go into a merger with eyes open. I’ll discuss the strategy involved. And, of course, it all comes down to the people. They must all have the same aligned objectives.

“Change makes people nervous, and it’s inevitable that there will be some redundancy in merged firms. Therefore, you have to be very transparent with the staff and show how it will work up front.

“But with a good merger, if you go in with your eyes open, it should be relatively easy. Before the EnQii-Minicom merger, we had our strategy in mind, which helped.”

ComQi has been under the radar for the summer, but has been working in the multichannel sector, involving mobile phones controlling digital signage, and we’re expecting rollouts of new accounts both in U.S. and in Europe announced in the coming weeks.

With consolidation forecast by many experts as the way to help the industry grow, it’s likely that we’ll see many more mergers, small and large, in the future. If that’s the case, this is a session that may help you find the keys to your company’s future.

This entry was posted on Thursday, September 13th, 2012 at 10:15 @468 and is filed under DailyDOOH Update. You can follow any responses to this entry through the RSS 2.0 feed. You can leave a response, or trackback from your own site.