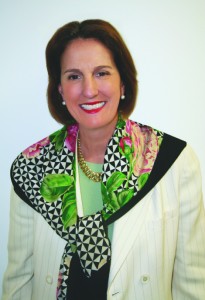 Talbott previously served as president of Content and Affiliate Relations for Premiere Networks.

While continuing to manage business relationships with Premiere Networks talent, Talbott’s new role will include leading and maintaining key affiliate relationships to sell and service Premiere Networks, Total Traffic Network and iHeartRadio, Clear Channel’s industry-leading digital radio platform. The new position will provide the company’s affiliates with a simplified and streamlined point of contact for communicating and conducting business across Clear Channel’s diverse group of subsidiaries.

Talbott has more than 30 years’ experience in media planning, media buying, radio broadcast advertising, integrated marketing solutions and affiliate relations. As the COO of MJI Broadcasting, Talbott led the effort to secure the exclusive radio rights for the Country Music Awards and the CMA Music Festival for the company. In 1999, Premiere Networks acquired MJI Broadcasting, and Talbott was ultimately charged with overseeing Premiere’s 90 radio programs and services, more than 5,000 radio affiliations and an audience of more than 190 million listeners weekly.

This entry was posted on Thursday, September 20th, 2012 at 14:52 @661 and is filed under Scuttlebut. You can follow any responses to this entry through the RSS 2.0 feed. You can leave a response, or trackback from your own site.