Double Announcement (Or More?) At Akoo 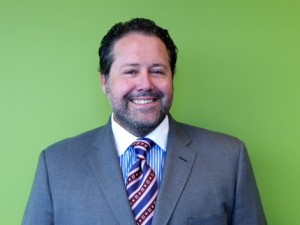 And, perhaps this announcement should say ‘triple’, because, unbeknownst by us until now, we notice that the very likeable and knowledgeable Andy Stankiewicz, former executive vice-president, chief communications officer, is apparently no longer at Akoo.

Finnegan will work directly with Niko Drakoulis, Akoo founder and CEO, to whom he will report, to chart the company’s strategy for growth, delivering turnkey, measurable customer awareness and acquisition solutions for its partners. Finnegan will leverage Akoo’s digital video network and its mobility tools to develop win-win partnerships and provide solutions for its clients.

“Sean has worked in strategy at the highest levels of industry, leading companies,” says Drakoulis. “His deep relationships, combined with his strategic thinking, industry knowledge and ability to connect the dots are sure to create exciting new opportunities for our clients.

“With Sean’s appointment and the expansion of our sales teams coast-to-coast, Akoo is well-positioned to bring a new level of unmatched service and ROI to our clients and partners.”

Finnegan has deep experience in the digital and media agency world, with executive management roles at industry-leading companies. He joins Akoo from The C4 Group, a consulting company he founded to guide entertainment media companies through the art of better storytelling and deeper awareness in the digital space. As part of his role, he has transitioned the resources of C4 to Akoo.

“I’ve spent my career in organizations that move at the speed of innovation and I’m excited to continue on that path at Akoo,” says Finnegan. “The scale of our network is massive. On average, 46 million viewers watch our music and entertainment programming each month. And we have the social and mobile tools that today’s forward-thinking companies need to better connect with and understand active consumers, especially when they are closest to the point-of-sale.”

Prior to founding C4, Finnegan was CEO of IPG’s Geomentum, where he drove the company’s hyper-local platform by engineering a full-service agency model to enable top retail brand advertisers to operate from a national-to-neighborhood-level approach. Prior to IPG, he was oresident and chief digital officer at Starcom MediaVest Group. He also directed a worldwide video-ad network as chief marketing officer of Vibrant Media. As a leader in Omnicom Media Group, he was CEO of OMG Digital where he led its global management team and developed functional services in digital investment, search, mobile, gaming, futures, analytics and ad operations.

And, oh yes, we see that Stankiewicz is currently available as an executive leader, public relations and marketing consultant for tech-driven companies.

This entry was posted on Thursday, September 20th, 2012 at 05:49 @284 and is filed under DailyDOOH Update. You can follow any responses to this entry through the RSS 2.0 feed. You can leave a response, or trackback from your own site.

One Response to “Double Announcement (Or More?) At Akoo”