Has Intel Been Buying Ryarc IP? 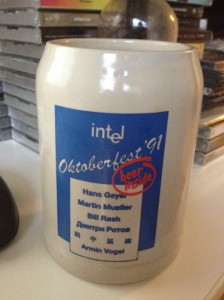 It’s hard to fathom who makes up Intel’s strategy these days (or even if they have one – let alone, a sensible coherent one) but rumours abound that Intel has recently acquired some IP from Ryarc Media Systems.

Ryarc are those folks down under who are big into Microsoft (and haven’t been heard of in several years). They also used to have the Eye Corporation contract pretty much sewn up until Ayuda Media System proved to Eye that they could do everything, that a billboard operator needs, perhaps a little better!

If Intel thinks it makes sense to create their own full solution that consists of a high end PC, digital signage software, and their AIM software then they will certainly be pissing off a lot vendors in the software community.

This entry was posted on Sunday, October 7th, 2012 at 17:30 @771 and is filed under DailyDOOH Update. You can follow any responses to this entry through the RSS 2.0 feed. You can leave a response, or trackback from your own site.