Ultimate Media To Double Network Size Down Under In 2009 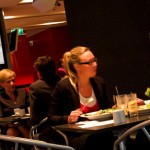 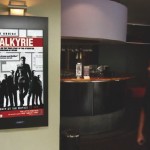 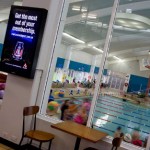 Ryarc Digital Signage Software has recently been chosen to power the Ultimate Media Digital Out of Home Network and it’s expected that the estate will double in size in the next 12 months.

Peter Cope, Director of Ultimate Media Group told us “After evaluating other major digital signage software solutions, Ultimate Media selected Ryarc based on its track record of success with other large out of home media companies; commitment to continual development and refinement and excellent service and training support”.

Ryarc we believe are working closely with Ultimate Media to grow the network and convert their traditional poster network to digital.

Ultimate currently has nearly 10,000 static posters in the market and over the next 10 years, the company envisages that around half of these will become digital advertising sites. The balance of these locations will be phased out due to the increased inventory delivered by a digital network.

Ultimate Media has been Australia’s leading indoor leisure media provider since 2001. With operations in six countries, Ultimate offers two channels for digital signage advertising (Health clubs and bars/night clubs) and a premium taxi advertising transit outdoor medium. Ultimate’s clients include most leading national marketers who advertise across one or more of these media.

This entry was posted on Thursday, January 15th, 2009 at 13:07 @588 and is filed under Scuttlebut. You can follow any responses to this entry through the RSS 2.0 feed. You can leave a response, or trackback from your own site.