As we quietly discovered when we visited the smart offices of Titan in New York last week, Titan Air has been awarded a five-year contract for advertising within John Wayne Airport, Southern California’s second largest airport. 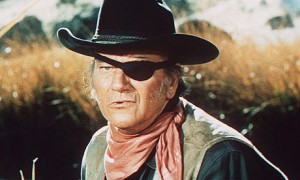 Fill your hand you son of a bitch!

The new contract, won competitively, could run through to 2022, if a five-year extension term is granted. Titan will begin working with John Wayne Airport immediately to build and install media. All previous media has been removed, allowing Titan the opportunity to create a wholly new advertising and communications environment that will add to the passenger experience and enable advertisers to reach their audiences in new and interesting ways, while maintaining the aesthetics of the airport.

With the John Wayne Airport’s nearly 9 million passengers per year, Titan is now a one-stop-shop for advertisers in the Orange County and Los Angeles area.

This is the second airport win for Titan since it launched its new Titan Air division. It won Weschester County Airport in August.

“Our already strong presence and passion for Southern California is reinforced with this addition, allowing us to deliver comprehensive solutions to our advertising partners,” says Don Allman, Titan’s president and CEO.

Since 2004, Titan has been the contractor-of-choice for municipal authorities seeking to maximize revenue from advertising. The company has been awarded 27 major market transit contracts over the last eight years, in addition to the two Airport contracts won since the launch of Titan Air in August 2012.

This entry was posted on Wednesday, October 24th, 2012 at 16:56 @747 and is filed under DailyDOOH Update. You can follow any responses to this entry through the RSS 2.0 feed. You can leave a response, or trackback from your own site.