While, at last report, Customer Technology Engagement World, New York, will take place next week as planned, we’re beginning to see some companies pulling out of the event. 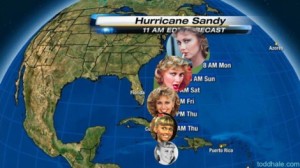 We know that NEC Display Solutions and Peerless-AV have pulled out of the show in New York City, due to be held Nov. 7 and 8, in the wake of Hurricane Sandy.

Pierre Richer, president and CEO, NEC Display Solutions of America, made a formal statement earlier on Wednesday: “By now everyone is well aware of the tragedy that has affected the east coast including Manhattan. In the aftermath of the storm, many parts of the city including public transit will remain affected for many days and power outages will slowly be restored. Flying in and out of New York will remain difficult for the foreseeable future.

“Based on the ramifications of this disaster, NEC Display Solutions of America has decided to not be present next week at the CETW show at the Javits center in Manhattan.

“We understand you have previously received a letter from NEC Display Solutions inviting you to this event. We wanted to let you know we will let the people of New York focus on trying to get their lives back to normal.

“Our thoughts are with everyone who suffered in this tragedy. We wish everyone a speedy recovery.”

Peerless AV have also pulled out, tweeting the following: “Due to #HurricaneSandy, we have decided not to exhibit at #CETW in NYC next week. We wish everyone a safe and speedy recovery. #AVTweeps”

It appears that several other exhibitors are on the fence as to whether they should bother exhibiting – no doubt key factors influencing exhibitors includes :

As one (possible) exhibitor told us: “I hope it is a success, but only time will tell.”

We saw an email from David Drain, executive director, Digital Screenmedia Association, that said, “CETW Will Go On. While Hurricane Sandy has now come and gone, the effects are still being felt on the east coast. I’ve had several people ask me in the last two days whether CETW was still taking place next week. The answer is yes.”

There was no mention of the cruise planned by DSA in association with CETW. (Drain contacted us after this was written to say that the DSA Party @ CETW – dinner cruise aboard the Duchess – will still take place. World Yacht has confirmed the ships are fine and they are resuming dinner cruises Thursday night – Ed)

We understand that the Javits Center has reopened for business, and that CETW management is expecting that most if not all services in New York should be back by this weekend. But we expect that there must be great concern.

This entry was posted on Thursday, November 1st, 2012 at 09:28 @436 and is filed under Scuttlebut. You can follow any responses to this entry through the RSS 2.0 feed. You can leave a response, or trackback from your own site.

19 Responses to “#CETW Goes On (But Loses Two Exhibitors)”