Thorley Steps Away After EYE Sale

We had a charming note from Gerry Thorley, CEO of EYE Corp., which confirmed his earlier plans to step away from EYE once TEN had made a deal for the property, as announced last week. 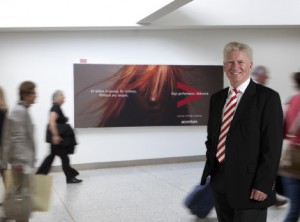 Thorley says, in part, “I am taking the opportunity to step back from business life for a period now that the ownership of EYE is resolved and TEN completed the divestment.

“Having entered the media sector via a regional television broadcaster in 1973, joining TEN in Melbourne in 1989, moving to Sydney for TEN in 1993 and taking up the baton at EYE from mid-2001, I have enjoyed many interesting roles and locations along the journey. I consider myself very fortunate to have experienced what have been some of the most memorable years in media, certainly very engaging and entertaining, and always changing. My international business experiences since 2006 have also been invaluable.

“Now it’s time for a solid break and some quality family time until early 2013.“

Thorley can be reached at gerry@gerrythorley.com.

This entry was posted on Monday, November 5th, 2012 at 07:00 @333 and is filed under DailyDOOH Update. You can follow any responses to this entry through the RSS 2.0 feed. You can leave a response, or trackback from your own site.