Advanced Interactive Media Solutions (AIMS), the GCC market leader in digital signage solutions, tells us that it will further expand its operations in Qatar by opening a subsidiary named Superior Business Solutions. 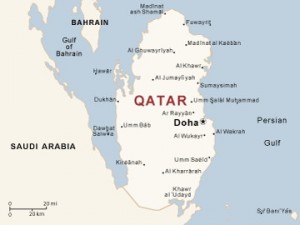 AIMS has been aggressively strengthening its position across key GCC markets, taking advantage of lucrative business prospects in the region’s digital advertising landscape, which is projected to achieve a compound annual growth rate (CAGR) of 35 per cent over the next 3 years and reach a value of USD 580 million by 2015.

Driven by the success of projects installed for high-profile clients such as RasGas Company Limited, the second-biggest LNG producer in the world, and with Qatar Sidra Hospital project lined up, AIMS points out that demand for its specialized digital signage solutions has picked up in Qatar.

Ahmed ElRidi, CEO of Advanced Interactive Media Solutions, UAE told us “Digital advertising spend in Qatar expanded by 16 per cent to reach USD 467 million in 2010 and continues to maintain a positive growth trajectory, creating lucrative long-term growth prospects for our core business offerings. The same trend is manifested across the region wherein digital advertising is expected to account for up to 10 per cent of the total advertising spend by 2015. AIMS has therefore stepped up its market expansion drive in Qatar and other key regional markets as part of the company’s growth plans in the GCC”.

He continued “Using Scala’s cutting-edge content management platform, we have launched customized campaigns that have surpassed client expectations, particularly in terms of ROI. We will build on these successful projects to create greater awareness about the business value of digital signage solutions and ultimately sustain our expansion drive in Qatar and across the region”.

The company further revealed that rapid adoption of digital and mobile technologies in Qatar has contributed immensely to the rise of digital as an increasingly popular advertising medium in the country.

This entry was posted on Thursday, November 22nd, 2012 at 08:31 @396 and is filed under DailyDOOH Update. You can follow any responses to this entry through the RSS 2.0 feed. You can leave a response, or trackback from your own site.