Jeremy Male, JCDecaux’s CEO UK & Northern Europe presents an update on the market and on the UK’s post-Olympic DOOH market at today’s ‘Digital Perspective 2012’ at The Hospital Club in London’s Covent Garden… 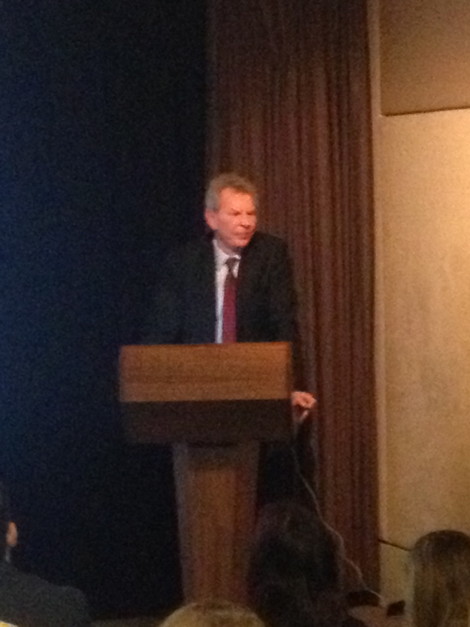 Jeremy told the audience that OOH revenue was now back to 2007 levels but digital is a much larger share, he said “Digital was 20% and rising”.

This entry was posted on Tuesday, December 11th, 2012 at 09:56 @455 and is filed under Scuttlebut. You can follow any responses to this entry through the RSS 2.0 feed. You can leave a response, or trackback from your own site.