Symon To Be Acquired (By @RMGnetworks) 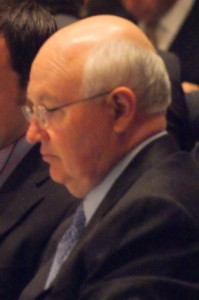 This deal, first mooted back in October in New York we believe, has been very quick in actually getting this far (though there’s a very good reason for that which we will come to a bit later).

Let’s first do some backstory on Symon Communications, Inc. before taking a look at the other parties in the intended transactions…

Next, the question others have been asking; Who is SCG Financial Acquisition Corp. (NasdaqCM: SCGQ) AND what role does RMG Networks have in all of this? (both mentioned here in the original release).

Who is SCG Financial Acquisition Corp.?

Well, a bit of ‘Google research’ reveals that they are effectively a bunch of forty-something investors who raised a ton of money (USD 80 million to be precise) and created a Special purpose acquisition company (Ken Goldberg has a good explanation of SPAC and his take on the entire deal here). That pot of money came with some provisos – one of them being a ticking time bomb – spend it or lose it! And that deadline to spend is fast approaching

Hence, as anyone who ever got a sniff of this deal will tell you, is why it has and will continue to happen so fast! Expect even more announcements in January 2013.

What of RMG Networks?

We’ve stood up at more than one Investor Conference and stated that RMG Networks would be the first in our industry to IPO and whilst that that won’t happen now, RMG Networks are getting a NASDAQ listing by effectively merging with SCG.

In terms of that ‘merger’, there is so much brand equity in RMG that we’d fully expect the NASDAQ entity to change its name at some point soon.

Now, whilst some pundits might say that RMG and a ‘Call Centre’ digital signage software vendor make strange bed fellows we see this as an incredibly good marriage of strengths.

However, RMG’s investors are very clever folks and they have architected a deal whereby (a) RMG gets a public listing (which will let them more easily raise additional funds) (b) they purchase one of the most profitable software vendors in our industry and (c) sets the scene for even more acquisitions in the months ahead.

All of this is going to make the early part of 2013 incredibly interesting for the industry.

This entry was posted on Tuesday, December 18th, 2012 at 12:56 @581 and is filed under Scuttlebut. You can follow any responses to this entry through the RSS 2.0 feed. You can leave a response, or trackback from your own site.

One Response to “Symon To Be Acquired (By @RMGnetworks)”