Birmingham, Michigan-based Gas Station TV, video network at the pump, and Wayne, a GE business and global innovator of fuel dispensers and technologies, announced Tuesday that G&M Oil Company Inc. is expanding the inOvationTV media platform to include 16 more of its sites in Metropolitan Los Angeles, following tremendous success at existing locations. 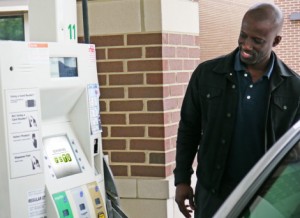 “We are very pleased with the positive response we’ve received from our customers about the inOvationTV media program,” says Mick Gray, G&M Oil Company Inc.. “G&M has a long-standing reputation for superior service, and offering inOvationTV simply amplifies that.”

David Leider, CEO at GSTV, says, “I’m extremely pleased with G&M’s endorsement of our inOvationTV media program and the improved position it gives us in the Los Angeles area. The inOvationTV media platform has become a real point of differentiation for our participating retailers, and I’m honored to see a major retailer such as G&M validate that.“

Launched in 2011, inOvationTV was developed as a partnership between GSTV and Wayne. Fuel retailers outfitted with inOvationTV are able to inform and entertain their customers with GSTV’s exclusive content experience, including news from HLN, entertainment headlines from Showbiz Tonight, sports from ESPN, business and personal finance reports from Bloomberg TV, and GSTV’s original social media television show, Your Neighborhood, in addition to local weather updates from AccuWeather.

This entry was posted on Thursday, January 17th, 2013 at 10:00 @458 and is filed under DailyDOOH Update. You can follow any responses to this entry through the RSS 2.0 feed. You can leave a response, or trackback from your own site.