Most in the UK outdoor industry would agree (though, such is still the power of the media buyers, few would dare say it) that Kinetic have lost their way recently [1], so maybe the appointment of Nick Parker to Chief Investment Officer-Global at Kinetic Worldwide will make some difference and get them back on track? 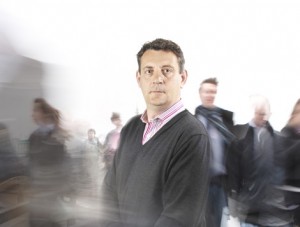 [2]News just in, is that Nick Parker has been promoted to a newly-created role in its global team.

Parker becomes Chief Investment Officer – Global for the agency, a move, we are told, that signifies Kinetic’s strong global intentions following key recent appointments in Asia, the UK, the US, Germany and in its global systems development operation.

Parker moves across from Trading Director EMEA, a role that followed 15 years leading the UK investment effort for Kinetic and, previously, Poster Publicity.

The press release stated that “Parker will use his considerable experience of the investment workings of the Out of Home media industry to assert a new level of influence for the agency to ensure Kinetic continues to drive maximum value for its clients on a global scale”.

Nick Parker said “The challenges facing Out of Home on a global and commercial scale right now and in the coming years are exciting and I’m really looking forward to driving maximum value for our clients on the global stage”.

Truth be known of course is that all media buyers face the challenge of staying relevant in today’s out of home industry, for one such as Kinetic that has taken its foot off the gas for a while now, the challenge is definitely an uphill one for sure.