“Weebles wobble and they don’t fall down” [1] and looking just like a Weeble, there is seemingly no stopping serial company founder Dominic Brookman from trying to make his fortune in DOOH. 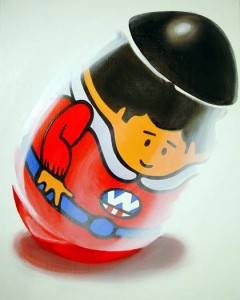 [2]The latest news to reach our email inbox was that for Zest Outdoor Media. Zest Outdoor Media, previously Tangibal, was formed in 2008 and in December 2009 the ordinary shares of the Company were admitted to trading on the Frankfurt Stock Exchange (the company currently trades on the Entry Standard) – no doubt because everyone in the UK was wise to how they typically operate.

The group claim to have advertising screens in Cinemas, Shopping Malls and Airports in the UK, USA and India and you can take their (other) claim to be a “a significant player in digital out of home media in the UK and India” with the proverbial pinch of salt.

Anyway the news was basically that the company intends to expand its screen network in part: –

You have been warned.