The year is but a few months old but the industry seems to be hotting up nicely; the RMG Networks / Symon Communications, Inc. deal is moving along well (we will be in Dallas towards the end of April to see, first hand, just how well) and we are also seeing a lot of action with many of the digital signage software vendors in our #DSTop10 list. 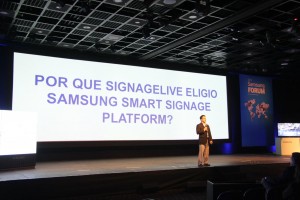 In no particular order, here’s what we are seeing from those on that list:-

In 2013, we will be announcing an updated #DSTop10 in November, in conjunction with (most likely the day before), The DailyDOOH Gala Awards – we’ve already met a few of the existing vendors, been to see some new candidates in Scandinavia and have trips as far afield as Taiwan, Toronto and Montreal to see some more!

This entry was posted on Monday, March 25th, 2013 at 09:09 @423 and is filed under DailyDOOH Update. You can follow any responses to this entry through the RSS 2.0 feed. You can leave a response, or trackback from your own site.

2 Responses to “#DSTop10 Schemes And Machinations”