Two new pieces of news from Accuweather Inc. came in while we were attending #2013SignExpo: the promotion of Loren Tobia to executive director of sales for display systems and services; and the introduction of a new brand identity system. 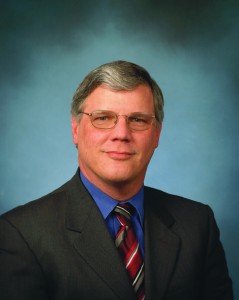 The role of Tobia, a former chairman of the Radio Television Digital News Association, is to expand AccuWeather’s position of leadership in multi-screen content for television and digital platforms.

“Viewers have more options than ever about how to receive news and weather content,” says Tobia. “From tablets and cell phones to smart appliances and digital signage, new viewing choices represent great opportunities for television clients to move beyond the broadcast model and drive new ad revenue and build audiences across multiple platforms.

“AccuWeather has a legacy of leading the way in television weather technology and distribution, and I’m proud to continue the tradition by working with our partners to expand viewership and drive new revenues.”

Loren has over 25 years of experience in broadcast news, as television news director for various stations on the east coast. In addition to being chairman of RTDNA in 1996, he has been treasurer of the same organization since 2001.

The new and cohesive brand identity reflects AccuWeather’s unique qualities of accuracy, innovation, and accessibility while promoting a consistent and unified look across all media platforms.

The updated identity system features a sun icon along with the AccuWeather name appearing in a warm orange tone. Orange was chosen as the new corporate color after extensive international research on color usage and meanings in various cultures. The orange tone is meant to reflect warmth, friendliness, and trust.

The sun icon will now serve to symbolize the brand in various digital venues, including smart phone and tablet applications and across social media. The clean, precise design of the sun, as well as the characters used to display the AccuWeather name, was created to help the logo better fit various sizes and applications in the digital world. The clean design is reflective of the brand’s sharp focus on accuracy.

Additional logos in the branding system include a complementary mark for AccuWeather.com, the world’s fastest growing weather site and number one mobile weather destination according to comScore, andAccuWeather Enterprise Solutions, the company’s B-to-B division that provides custom weather forecasts for a broad client list including six of the 10 largest companies in America and 15 of the Fortune 50.

Dr. Joel N. Myers, founder, chairman, and president of AccuWeather and the creator of the commercial weather industry says, “The AccuWeather story is one of great scientific application, development, creativity, and ingenuity in providing the world’s most accurate weather forecasts. These new icons symbolize our distinct advantage over other weather sources.”

“These new logos position us for continued worldwide growth as they better represent our company with a consistent look on everything from television screens and newspapers to smart phones, tablets, and more.”

“We hope that the new brand system helps tell our story across all possible media of being the world’s most accurate source of weather information,” says John Dokes, AccuWeather’s new chief marketing officer. “We are excited to put a warm, fresh face on a brand consumers have trusted for years.”

Dokes was appointed recently among a series of new executive appointments. He is responsible for branding, visibility, demand creation, and lead generation across all AccuWeather business units. He has a long history of creating new products, increasing revenue, and developing innovative marketing initiatives at MTV Network-Viacom and Marvel Entertainment. He recently was senior vice-president of integrated sales and marketing at Marvel Entertainment.

This entry was posted on Friday, April 12th, 2013 at 06:00 @292 and is filed under DailyDOOH Update. You can follow any responses to this entry through the RSS 2.0 feed. You can leave a response, or trackback from your own site.