We are more generous with our leg room 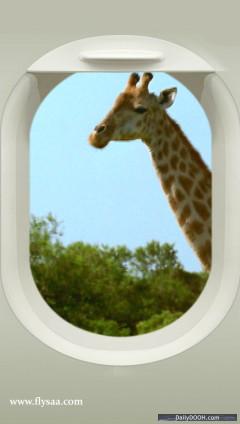 The campaign, which consists of two different 15-second spots, will play on JCDecaux Airport screens from 14th January 2008 for 2 weeks at London Heathrow’s Terminal One (and will run alongside existing online, poster and print campaigns).

Grand Visual did the two creatives, which of course look great.

One execution shows a safari scene as viewed from an aircraft window, with the strap line “We are more generous with our leg room. We are Africa”

This entry was posted on Tuesday, January 15th, 2008 at 12:11 @549 and is filed under Scuttlebut. You can follow any responses to this entry through the RSS 2.0 feed. You can leave a response, or trackback from your own site.