Manager Of The Month @PhilipmCohen Esquire

If there was (and forgive the football / soccer analogy here) a Barclays Premier League Manager of the Month award for our (global) industry, you can bet that the mighty Philip M. Cohen, CEO of Care Media Holdings Corp. and it’s brands PetCARE TV, Women’s HealthCARE TV and KidCARE TV, newly minted CEO at America’s Minority Health Networks (he was already chairman and shareholder), Chairman Digital Signage Federation, bon viveur, film producer. movie-maker and vlogger / industry commentator would have won hands down for the months of March, April and May. 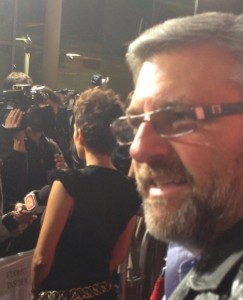 His recent deal making has been extraordinary. These deals are ‘real’ (none of this “bought for a dollar out of administration” or mergers that effectively “tie one brick to another brick to see if it floats”) and are all, seemingly incredibly good for the industry.

As industry veteran Tom McGowan wrote (on a comment on this site here, “Having lived in the ad network space myself forever, I must say a full round of industry Congratulations! to Phil Cohen is due. This is a great example of growing a mature digital ad network business and selling when there is still more upside potential. Both buyer and seller come out ahead, and are happy with their bargaining”

Three things will (or you could say ‘have’) come of Phil’s dealmaking: –

… and perhaps best of all for the industry at large is that the Digital Signage Federation has a Chairman at its helm who walks the talk, is successful, knows what he is doing, is driven and doing great deals.

You know what? When the new President of the DPAA is sworn in, in a week’s time, he is gonna have one helluva job to compete with this particular Manager of the Month.

This entry was posted on Monday, May 6th, 2013 at 07:17 @345 and is filed under DailyDOOH Update. You can follow any responses to this entry through the RSS 2.0 feed. You can leave a response, or trackback from your own site.