Ayuda Media Systems has announced at the 2013 OAAA National Convention [1] that Lamar Advertising is paving the way for TAB OOH ratings based media plans, by being the first out-of-home company to implement the Ayuda Cerebro media planning optimization engine. 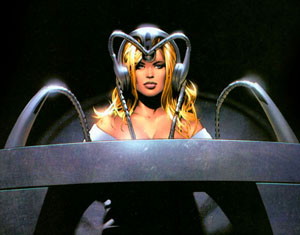 Ayuda’s Cerebro is a mathematical, algorithmic engine that ingests TAB audited audience data in real-time using the TAB’s web services. The data is then referenced against a set of objectives and parameters from the operator in order to create an optimized plan across all campaign goals.

Tommy Teepell, Lamar’s Chief Marketing Officer told us “The Lamar experience is about an outstanding relationship with our clients, and our service offering to them. To keep up that level of service, we wanted to fully embrace and support the TAB’s OOH Ratings. We wanted our own proposal and charting applications to speak the language of demographic audience. Bringing our idea of a decision engine, that would tie ratings to our in-house systems, to Ayuda helped us accomplish this goal. We want to pave the way for smarter proposal creation, optimize and automate the way our team sells. ”

Cerebro is unveiled this week AND is now available to any outdoor operator as a set of APIs that plug into the operator’s existing set of inventory management tools, or as an optional add-on to Ayuda’s own platform which manages all elements of the media sales, operations, and execution workflow.