More football coverage on the DailyDOOH 😉 It’s a big football weekend in London as 100,000 Germans head to Wembley for the #ChampionsLeagueFinal. 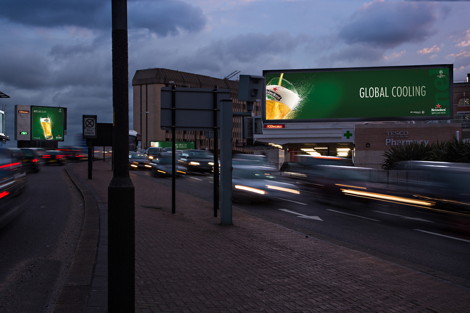 Heineken is deploying a dynamic campaign to own JCDecaux’s The Cromwell Road Digital Gateway, showcasing multiple creative, across the nine digital locations on Europe’s busiest road. It’s described as a tactical activation and we are told that it will run in conjunction with a wider two-week OOH campaign.

The campaign was planned and bought by MediaVest UK and Kinetic but it’s a bit dull don’t you think?

We’ve seen some great outdoor material this week, our favourite below … 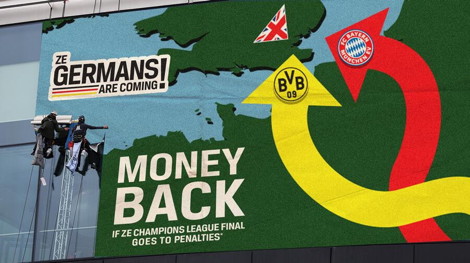 Yes, it’s done the old fashion way but the nod to the classic BBC comedy Dad’s Army is very clever.

This entry was posted on Saturday, May 25th, 2013 at 06:19 @304 and is filed under Scuttlebut. You can follow any responses to this entry through the RSS 2.0 feed. You can leave a response, or trackback from your own site.