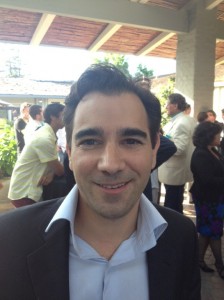 But, realizing that the best way to reach a market is to be present, where he can explain and manage the day-to-day operations, this Frenchman is picking up, lock, stock and barrel, moving with his family to San Francisco, and setting up a U.S. office near Los Gatos in the Silicon Valley.

This does not mean that he’s abandoning the European market where the six-year-old company has established itself solidly as a digital out-of-home content provider with such clients as JCDecaux, Intermarché, Carrefour, numerous banks and many more.

Rather, he has reorganized the company at the top, where German-born Andrea Levot takes over as CEO Europe with offices in Rennes (France) and Utrecht (The Netherlands). Dutch-born Michiel Verschoor is head of graphism and IT as well as head of management in the Netherlands office. And Frenchman Vladimir Aubin is sales manager, Europe.

And you can bet that the peripatetic. de la Tour will be still piling up airline points crossing the Atlantic. 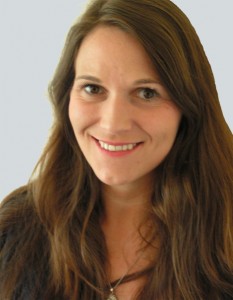 But de la Tour has been planning this move for a year and he’s putting his heart and soul into building in the U.S. market. An active member of OVAB Europe, he’s already also planning to become a member of the Digital Place-based Advertising Association.

This isn’t BlueFox’s first venture into the U.S.. The company opened a small one-man office in Miami two years ago.

“It was too early, we weren’t ready, and having a one-person operation was too slow and not the way to go,” de la Tour admits. “We realized that we had to be present, to become well-known. Even though we already have clients in the U.S., we feel that to grow here, it’s best that the president be present.”

Consequently, de la Tour moves to the U.S. in mid-August, and expects to be building staff by November and December.

“Our aim is to have a complete team in the U.S. as we have in Europe,” says de la Tour, who sold a telecom business before founding BlueFox with several retired investors. “At that time, I studied the markets and saw that digital out-of-home was an emerging market, it was growing, and that everything was possible.There was lots of opportunity.”

And, he says, “While content is king, distribution is gold.”

With that in mind, BlueFox has developed a product that allows buying of content on the web, simply using a credit card. The fully automated content web shop provides a simple and safe subscription process and fast delivery of premium content to screens worldwide. See our article on this here – Ed.

“For big companies, naturally we develop custom content,” says de la Tour. “However, that is about 20% of the business. But 80% of the market is small- and medium-sized companies who look at DOOH and find it complicated to get good content and how. With BlueFox, we can deliver to them, online, all content including local news, weather, traffic, video footage and more with no human intervention, as long as they have their players. (Cost is based on the number of players, not on the number of screens.) Anybody can use and buy online, with a monthly subscription.

“Content is available in multiple formats and in a variety of delivery methods, so that every customer finds the right solution to suit his system. This will help the small businesses who find it too expensive and complicated to have good content.”

We understand that BlueFox has signed with a large as-yet-unnamed U.S.-based company to help market its products.

Further, BlueFox also offers a new automatic image cropping technology which it developed with the assistance of Technicolor. (See details in our DailyDOOH article on this here – Ed) This allows automatic trimming of photos or videos for any screen, so, for example, an ad developed for TV can be automatically cropped to fit a DOOH screen, a mobile phone screen, iPad screen and the like. And it can crop about a million photos per minute.

“This means that a company can push an ad that’s on TV onto a mobile phone without any increase in cost,” says de la Tour. “A company can create a look and push it onto any screen device.”

This cropping product will be on the market this summer.

“We’re finished with development, and are now working on the implementation,” he says.

We expect that, as in Europe, BlueFox will have two divisions, one working on content and the other on technology. And we can expect to see the company exhibiting at Digital Signage Expo 2014.

”I love the U.S.,” de la Tour iold us at the end of our interview last week. “Everyone has been so nice. People want to exchange ideas. You can feel the business everywhere.”

Hopefully he still feels that way after his laptop was stolen this week in San Francisco!

This entry was posted on Friday, June 7th, 2013 at 03:10 @174 and is filed under DailyDOOH Update. You can follow any responses to this entry through the RSS 2.0 feed. You can leave a response, or trackback from your own site.