Have @SignageLive Drunk All The @SamsungBizUSA Kool-Aid?

We have the utmost respect for Jason Cremins and the Signagelive business he has built up – (he and) they have always featured highly in our #DSTop10 reviews (they were number two in our list in 2012). 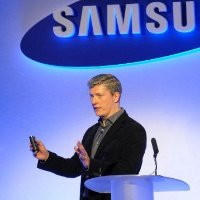 It’s a small business that punches way above its weight, has recruited some great guys (Raffi Vartian and Danny Hoe for example), we’ve worked closely with their technical team on various Open Source and API stuff and the company has gained a lot of deserved traction in the marketplace.

However, we cannot help thinking that their love-in for Samsung has gone a bit too far.

SignageLive tweeted over the weekend, we quote “Our CTO @marcbenson heads out to Orlando today for a week of meetings and to support @SamsungBizUSA @SmartSignage at #Infocomm13“.

This blatant flag waving for Samsung and by default, support for the Galactic Empire’s nefarious ways no doubt turns off (and tunes out) every other screen manufacturer in the market place.

It’s an intriguing strategy and it will be interesting to see just how well getting into bed with Samsung so closely pans out later this year.

This entry was posted on Sunday, June 9th, 2013 at 14:12 @633 and is filed under DailyDOOH Update. You can follow any responses to this entry through the RSS 2.0 feed. You can leave a response, or trackback from your own site.

3 Responses to “Have @SignageLive Drunk All The @SamsungBizUSA Kool-Aid?”