When @dhuelsermann tweeted this morning, we quote “#digitalOOH domination at #VIE airport and all @NEC_Display_EU screens” you could surely tell by the picture he attached … (see below) 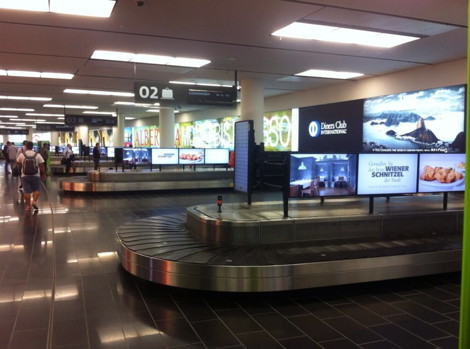 … that it was Schwechat (Vienna International) Airport in Austria by the advert for Wiener Schnitzel.

Damned nice baggage hall digital out of home domination as he says though!

This entry was posted on Tuesday, July 16th, 2013 at 11:31 @521 and is filed under Scuttlebut. You can follow any responses to this entry through the RSS 2.0 feed. You can leave a response, or trackback from your own site.