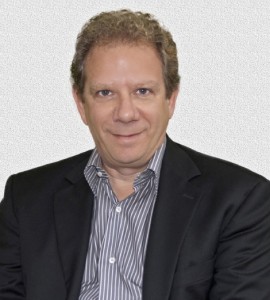 The new position marks a return by Miller to the company for which he worked at from 2010-2012 as an account director.

“Cary’s reputation and depth of experience at enVu makes him uniquely qualified to lead the company’s Western Sales Region and drive further growth,” says Jim Farrell, executive vice- president of sales at enVu. “Cary will be responsible for selling ad space on the enSpire mall media network and ensuring that enVu achieves its high sales goals for the Western region.”

“Under his past leadership, Cary played a key role in expanding the company’s business in critical markets in the Western region and improving enVu’s business performance,” says Jimmy Abraham, COO at enVu. “We look forward to the positive growth he will bring to the Western Sales Region.”

A media sales professional, Cary started his career in New York as a media planner at Grey Advertising and as a group manager at Marchalk Company. He later relocated to Los Angeles to work with the Prevue Channel/TV Guide Channel. After working in the television guidance industry with Gemstar TV Guide and Tribune Media Services, Cary became involved in digital out-of-home media. He made his mark in the DOOH field at Transit Television and Reactrix Systems. His experience with Reactrix became the ideal fit for his role at enVu where he will market enSpire, the premier gestural interactive in-mall adverting experience.

This announcement follows enVu’s statement in March 2013 regarding two new Director of Sales executives that were brought onboard to lead the Eastern Sales Region. enVu anticipates its next expansion phase will focus on the Chicago area.

This entry was posted on Tuesday, July 16th, 2013 at 14:10 @632 and is filed under DailyDOOH Update. You can follow any responses to this entry through the RSS 2.0 feed. You can leave a response, or trackback from your own site.