I’m not sure how hand-on-heart FESPA’s exhibition mangler Michael E. Ryan has the audacity to ask our industry to exhibit at the next so-called European Sign Expo. 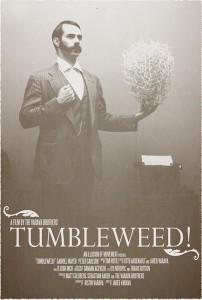 Michael E Ryan, not the other Michael Ryan sells Tumbleweed

The last one was nothing short of a no-show attendee disaster offering all those who exhibited, absolutely N.O.T.H.I.N.G of value in return, yet FESPA still have the gall to imagine that they have something to offer err exhibitors and in turn the digital signage industry.

European Sign Expo will might take place at the Messe in Munich, from 20 – 23 May 2014 (if they get any takers for exhibition space) alongside ‘FESPA the large format printing’ event with a focus on POS and outdoor advertising.

We all know how events that move from city to city typically fair, so expecting an event (#ScreenmediaExpo as it was) that was established in London (where at least it had a fighting chance) to move to Munich is crazy. No doubt the industry will ignore the event and it quite simply won’t happen.

As the last price for booth space was zero, see Roll Up, Roll Up, Free Booth Space! there is obviously some negotiation on price anyway!

This entry was posted on Wednesday, July 24th, 2013 at 09:02 @418 and is filed under DailyDOOH Update. You can follow any responses to this entry through the RSS 2.0 feed. You can leave a response, or trackback from your own site.