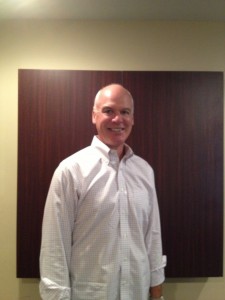 ”After a few months of consulting with Dean, we found that it would be in our best interests bringing him on full time to lead the sales team as Adapt takes its next steps in growth as an industry leader,” says Jamie Thompson, president of Adapt Media.

With an education in Economics and Urban Planning and a degree in Civil Engineering, Lacheur brings his own flavor of disciplined entrepreneurialism to the Adapt Media team.

After transitioning from engineering to the digital signage and advertising industry in 1995, Lecheur launched Elevator News Network.

Over the next 12 years, ENN became a major player in place-based digital out-of-home, which then led to his role as general manager / vice-president national sales at Zoom Media, and his most recent experience as a consultant in the digital signage and advertising sales industries.

Adapt Media is a full service media supplier offering clients and agencies new and innovative ways to advertise their products and services with media placement in Out-of-Home and Online. Adapt Media’s National OOH Network covers Canada from Victoria BC to the farthest reaches of Newfoundland, as well as internationally with its Online products.

This entry was posted on Friday, August 9th, 2013 at 07:57 @373 and is filed under DailyDOOH Update. You can follow any responses to this entry through the RSS 2.0 feed. You can leave a response, or trackback from your own site.