In early 2012, James Thornton saw what he felt was a gap in the market, and after a career, largely in media sales with such companies as Titan UK, Digicom and Amscreen, set out on his own to launch Hub Digital Networks in London, U.K. 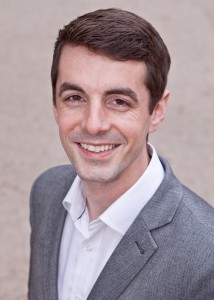 Was it a smart move? You betcha!

“Well, I still don’t have a yacht, but I’ve at least got a dinghy,” says Thornton. The company, financed privately, is profitable and, by keeping costs down with a small team, he with partner Ian Robinson are a going and growing concern on both sides of the company business.

These are both media sales and consulting – the latter also often leading to business for the former. And while Thornton often outsources on the sales side, his media sales people are basically a team of about five experienced people whom he has long known and trusts.

Clients on the media sales side include such companies as Toni & Guy TV in hair salons, and Concert TV, where two big screens showing closeups of stars in concert are interspersed with ads. Among clients here are screens at the auditions for shows such as the X-Factor and Britain’s Got Talent.

There’s also a new client that’s about to launch a product geared for 5,000 bars and pubs, and, while Thornton can’t yet reveal the name of the firm, we know it will be running a solid trial, mainly in London, in 20 locations in October, with full roll-out inthe U.K. planned for 2014. Hub Digital and the client have made enormous efforts and already have a solid lineup of pubs and bars signed and ready to take it on.

“This is such an exciting product,” says Thornton. “There are networks in airports and malls, etc., but pubs and bars are one of the few areas where there is not big networks – and certainly nothing like this. The screens will be linked so that the advertiser will know in real time the amount of flow of draught beer and ale his ads on the screens are generating. We’ll be really able to show the impact of the advertising, what times generate the best sales, information on the purchasing behavior, and more.”

But it’s on the consultancy side that Thornton saw a digital out-of-home industry gap that the company is now getting more and more known for solving, mainly through reputation and word-of- mouth. That gap is helping young startups who have – or think they have – a good technical idea but need information on how to bring it to market and monetize it.

“They need a full analysis on whether it can really be brought to market; how to set rates; what is the competition; information about potential customers; and more, including media sales,” says Thornton. This is where Robinson, whose background is in media with agencies – including heading Insight Media – gets heavily involved with such points as data analysis and marketing strategy.

“We’ve worked with about eight media companies to help them optimize their operations,” says Thornton. These include, among others Eyetease Media with their iTaxitops, with Captive Media, and with Hotel TV.

“And in many cases, we take on the media sales for the young companies, meaning less cost for them to set up a sales staff and, of course, less risk,” he says. “It means that they are dealing with media sales people who are solid and reliable. Its one less thing for them to worry about.

“What surprises me was the demand from new companies to do what we are doing, to bridge the gap between the idea and giving them a jumpstart.

“Of course, not all companies that we’ve talked to have gone on. We’ve given them professional, truthful opinions. Some people listen, others haven’t been open to what we’ve told them but went forward and are now gone forever. In 18 months, I’ve seen it all.”

The bar-and-pub company mentioned earlier was a new company with a lot of technical skill sets. Hub Digital has worked with it right through from concept to bring it to market initially this fall. Media sales are being handled by Hub Digital’s media sales side. (We expect to hear a lot more details on this client next fall – Ed.)

“We may build our own sales team in the next six months,” says Thornton. “That way we can also sell for more companies.”

Thornton says that digital signage plays a big role in customer behaviour “if done correctly. And with WiFi, it closes the loop to connect for coupons, contests and more.”

“When you start out, in the first year, you have certain ideas but as a business evolves, there’s are changes and you have to be nimble,” he says. “We have to redo it, but have been so busy, it got neglected. In the meantime, we’re using a lot of Twitter (@hubdiginetworks).“

As for Hub Digital, Thornton says that it’s doing as he envisioned and bridging the chasm that lay between companies’ with great technical ideas and bringing them to market with full media strategy and monetization.

This entry was posted on Sunday, August 11th, 2013 at 13:30 @604 and is filed under DailyDOOH Update. You can follow any responses to this entry through the RSS 2.0 feed. You can leave a response, or trackback from your own site.

One Response to “James Thornton Bridging The Gap”